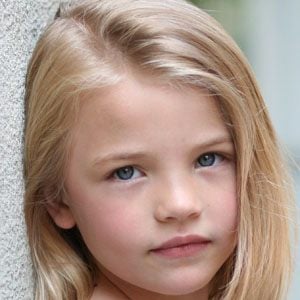 American actress who appeared as the child character, Emma, on the popular soap opera, All My Children.

She first appeared on-screen at the age of two, in a 2004 Leapfrog commercial.

She played the role of Emma on All My Children from August, 2006 until December, 2009. In 2010, Emily Alyn Lind took over the role, and Danielle Parkerbecame the new Emma later that year.

She appeared with Owen Wilson and Jennifer Aniston in the heartwarming 2008 film, Marley & Me.

Lucy Merriam Is A Member Of