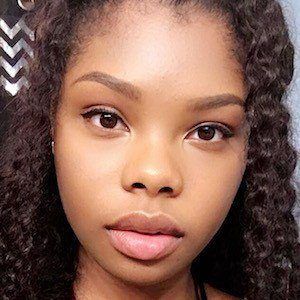 One-half of the vlogging duo known as JushLush who records content for YouTube alongside her best friend Jay Dorsainvil. Their channel has more than 130,000 subscribers.

She became active on social media, initially with Instagram, in the beginning of 2014. She and Jay created their YouTube channel in April of 2014, publishing a first video called "Our Summer Pieces."

She was born in Stamford, Connecticut.

She met Summerella at a Vine meetup in New York in 2015.

Ludny Jean Is A Member Of