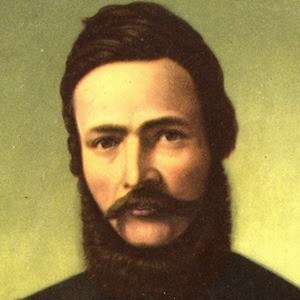 Nineteenth-century author, politician, and leader of the Slovak National Revival. He published his most important work, The Theory of the Slovak language, in the mid-1840s.

He wrote his first poems when he was in his teens. He later studied history, linguistics, and philosophy at the University of Halle.

He served as a member of the Hungarian Parliament.

He was born to Anna and Samuel Stur in the Kingdom of Hungary. He was later honored with a national funeral.

He and Milan Hodza were both Slovak writers.

L'udovit Stur Is A Member Of