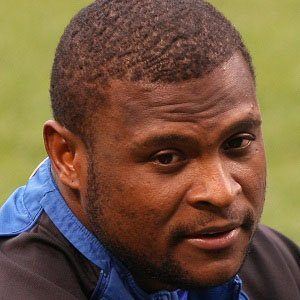 3-time Gold Glove-winning second baseman who won the 2003 World Series as a member of the Florida Marlins. He led the National League in stolen bases in 2000 and 2002.

He grew up in the Dominican Republic and was signed as a free agent by the Marlins in 1992.

He set a major league record by going 143 games without committing an error as a second baseman.

He has children named Adonai and Luis Jr.

He won the 2003 World Series with the help of series MVP Josh Beckett.

Luis Castillo Is A Member Of