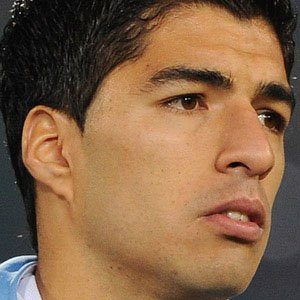 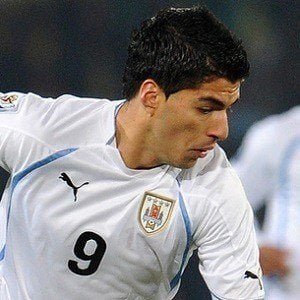 Star striker for the Uruguayan national team who played for Ajax and Liverpool before joining FC Barcelona in 2014. He gained a lot of press after biting Italian defender Giorgio Chiellini on the shoulder in Uruguay's third match of the 2014 World Cup. He was then suspended nine international games and banned from soccer activities for four months. He began playing for Atlético Madrid in 2020.

At the age of 19, he transferred from Uruguay to the Groningen football club in the Eredivisie.

In a 2010 World Cup match against Ghana, he blocked a sure goal with his hands; he was sent off, but his team went on to win the match.

He married Sofia Balbi, his childhood sweetheart, in 2009. They have a son named Benjamin and a daughter named Delfina. His older brother Paolo Suarez is also a professional soccer player.

He and Edinson Cavani have played together on Uruguay's national team.

Luis Suárez Is A Member Of