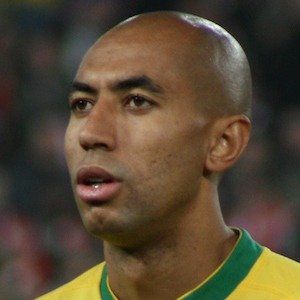 Centre back who has spent the majority of his career playing for SL Benfica, becoming one of the most decorated players in the club's history. He has won more than 20 league titles with Benfica and multiple FIFA Confederations Cup titles with the Brazilian national team.

He made his professional debut with Clube Atlético Juventus in 1999.

He has set numerous club records with Benfica, including most international matches, most major titles won and longest tenure as team captain.

He became teammates Raul Jimenez on Benfica in 2015.

Luisão Is A Member Of