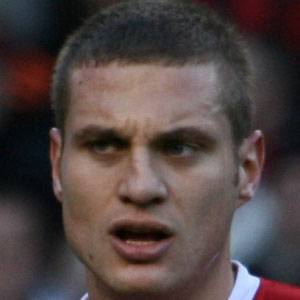 Yugoslavian centre-back who joined Manchester United in 2006 after playing for Spartak Moscow and Spartak Subotica; member of the Serbian national team from 2002 to 2011. He announced his retirement in May 2016.

He was named Serbian Footballer of the Year for the second time in 2008.

He married Ana Ivanović on July 17, 2006. The couple has three sons together: Luka, Stefan and Petar.

He became teammates with Wayne Rooney on Manchester United in 2006.

Nemanja Vidic Is A Member Of