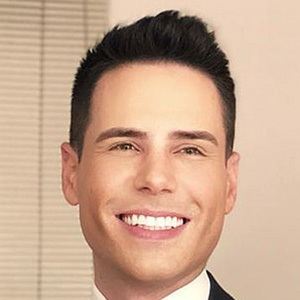 Brazilian journalist and television presenter who is known for his work as a reporter for the SBT network as well as Record TV. He has hosted several programs for the networks including the Domingo Show in 2016, Cidade Alerta in 2015 and Fantasia in 2007.

He is known for having won the Premio Jovem Brasileiro award in 2009 for his work presenting on television.

He was born and raised in Mogi das Cruzes, Brazil.

Isabele Benito is another reporter known for hosting several programs on the SBT network.

Luiz Bacci Is A Member Of