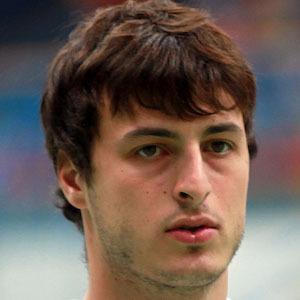 Professional handball player who's made more than 150 appearances for the Croatian national team. He won a bronze medal with the team at the 2012 London Olympics and was named 2013's player of the year by the International Handball Federation.

Coming from a handball family, he grew up playing the sport and made his professional debut in 2004, when he was only 16.

He became the sports' most expensive player when, at the age of 21, he signed a three year, 2.25 million Euro contract with HSV Hamburg.

He was born to Ivanka and Ivan, both of whom were handball players. He has a sister named Iva.

Domagoj Duvnjak Is A Member Of