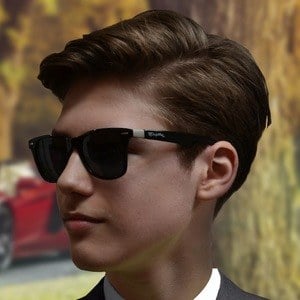 Otherwise known as ForcePlayZ, he is a YouTuber known for creating comedic gaming mashups and animations. He has earned more than 280,000 subscribers for his popular meme-like gaming creations.

He originally opened his YouTube channel in 2015, however he didn't begin posting videos regularly until January 2017. His first video was titled "We Are Number One, but its every version on the internet all at once (MUSIC VERSIONS)."

One of his most popular YouTube videos is "When a gamer goes to School" which earned over 1 million views within a few weeks of its release.

He was born and raised in Belgrade, Serbia.

Many of his parodies, animations, and mashups feature footage of celebrities like Donald Trump, Joe Jonas, and Stefan Karl Stefansson.

Luka Kolundzija Is A Member Of