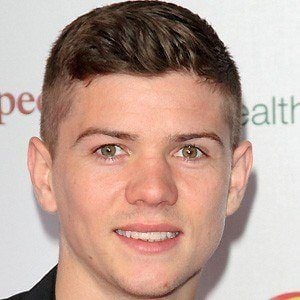 English batamweight boxer who won a gold medal at the 2012 London Olympics as an amateur boxer. He turned professional in 2013.

He began boxing with his brother at age 13.

He married Kristin Thompson in 2008 and he has a brother named Kane.

He competed in the 2013 season of Dancing on Ice with singer Shayne Ward.

Luke Campbell Is A Member Of