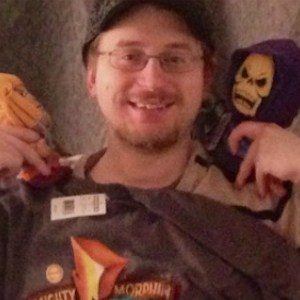 YouTube gamer known for his personal gaming channel called kNIGHTWING01 and KwingsLetsPlays, a co-op channel he runs with his wife Amber. The KwingsLetsPlays channel has accumulated more than 500,000 subscribers alone.

He grew up playing on a nintendo entertainment system.

His personal gaming channel specializes in single-player games. It is playing games like Arkham Knight, Destiny, and Arkham City that he's earned a comparable following to his join co-op channel.

He met his wife Amber in college and they married in 2006.

He is a popular gamer from New York like Chilled Chaos.

Luke Kwingsletsplays Is A Member Of