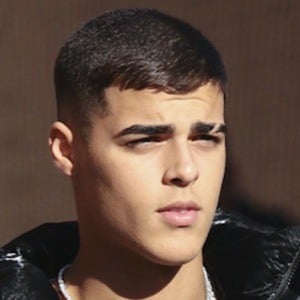 Puerto Rican reggaeton star and trap singer propelled to fame with his hit song "Soltera." He signed with multi-platinum producers Chris Jeday and Gaby Music in 2018. In October 2019, he released his debut album Épico.

He began gaining popularity by posting videos of his freestyle raps on Facebook when he was 12 years old. He studied at the Escuela Superior Emilio R. Delgado.

In October 2019, he performed his song "Fin de Semana" on Jimmy Kimmel Live! In that same month, he won his first Latin AMA for New Artist of the Year. In 2020, he won four Premio Lo Nuestro awards.

He was born in Corozal, Puerto Rico. His real name is Jefnier Osorio Moreno. His parents' names are Máximo and Jennifer. He has an older brother named Jeimax and two younger half-sisters named Jeimaris Nicole and Kate on his father's side.

In 2019, he released a remix of his popular hit Soltera featuring Daddy Yankee and Bad Bunny.

Lunay Is A Member Of