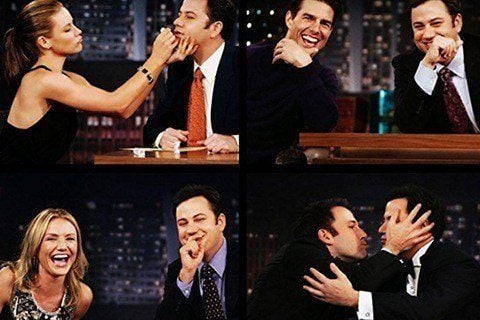 Late-night talk show formatted similarly to shows like The Tonight Show and The Late Show which began airing at 11:35 pm ET after ten years on the air at 12:05 am to directly compete with the aforementioned programs.

One of the most popular segments of the show became "Mean Tweets." Numerous YouTube videos have gone viral after Kimmel asked his viewers to take video reactions of parents taking away candy from their kids on Halloween.