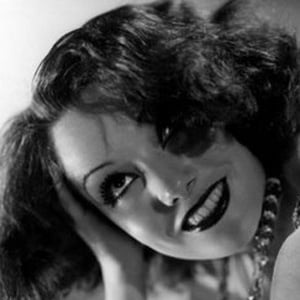 she appeared in many films, including The Gaucho, The Half-Naked Truth, and Mexican Spitfire.

Prior to becoming an actress, she worked as a clerk in a warehouse.

She has a Star on the Hollywood Walk of Fame and appeared in The Girl from Mexico in 1939.

She married Johnny Weissmuller in 1933, but divorced him six years later.

She helped pave the way for and inspire actress Salma Hayek.

Lupe Vélez Is A Member Of