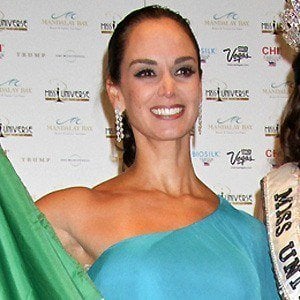 Miss Universe 1991 who was the first ever Mexican woman to win that title.

She breezed through the final round of the Miss Universe competition, scoring among the top in every category: swimsuit, evening gown and interview.

She used her newfound fame to organize the Nuestra Belleza México, that official pageant that would choose the country's entrant to the Miss Universe contest.

She was born in Mexicali, Baja California, near the American border. She was married to Simon Charaf Medina from 1993 until 2000 and she has a son named Simon.

Lupita Jones Is A Member Of