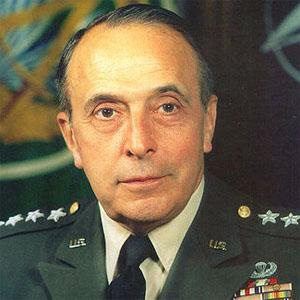 General who led U.S. and European forces in the Korean War and took part in top-secret missions in North Africa in WW II.

He served in the coast artillery after graduating from West Point.

He prepared for the World War II Allied landings in North Africa by conducting a secret submarine mission to locate leaders of the French resistance.

He had two children with Katherine Mead Tryon.

In the early days of World War II, Lemnitzer was assigned to General Dwight D. Eisenhower's staff as a brigadier general.

Lyman Lemnitzer Is A Member Of