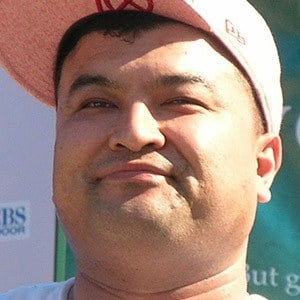 Alternative hip hop musician and producer who made up one-half of the duo Latyrx with Lateef the Truthspeaker. They put out albums titled The Album and The Second Album. He also released five solo albums, three of which were released through Mobile Home Recordings.

He attended Henry B. Plant High School in Tampa, Florida. He changed his stage name from Asia Born to Lyrics Born in 1995.

He made several guest appearances on Blackalicious tracks.

He received a production credit for RL Burnside's songs "Goin' Down South" and "Someday Baby" from A Bothered Mind (2004).

Lyrics Born Is A Member Of