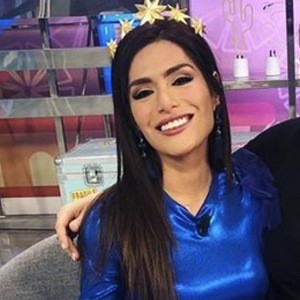 Spanish actress who is best known for appearing in the 2017 film Aventura Sangrienta. She has also been a contestant on the 2018 series of Gran Hermano VIP. She was also a panelist on the show Sálvame Deluxe.

One of her earliest acting jobs was in the 2015 movie Al filo de la ley. Soon after, she was a contestant on the 2016 show Supervivientes: Perdidos en Honduras.

She has also appeared as herself in the 2018 reality show Socialité. She has accrued over 220,000 followers on her miriamsaavdra Instagram account.

Míriam Saavedra Is A Member Of