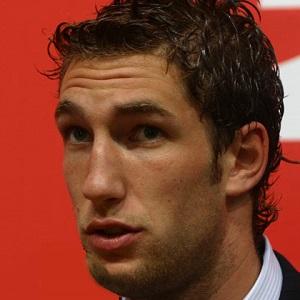 Goalkeeper who joined Fulham in 2013 after spending two seasons with Roma. He became a member of the Dutch national team in 2004.

He played youth soccer with Zandvoort '75 and VV Schoten before joining Ajax's youth club at the age of 15.

After joining Ajax's first team, he became their first-choice goalkeeper, leading the team to the KNVB Cup in 2006 and 2007.

He was born in Haarlem, Netherlands.

He backed up Edwin van der Sar on the Dutch national team at the 2006 World Cup, and replaced him as the first-choice keeper at the 2010 Cup.

Maarten Stekelenburg Is A Member Of