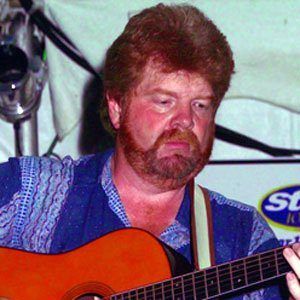 Country singer who provided vocals on the #1 1990 cover song 'Down the Road' by Kenny Chesney. He has written for bands like Restless Heart and singer Sawyer Brown.

He sang and played piano in his local church as a child and wrote his first song when he was fifteen before becoming a session musician in Alabama.

He has won numerous awards and was inducted in the Nashville Songwriters Hall of Fame in 2007.

He has three daughters from a previous marriage.

He was a songwriter for Jimmy Buffett and co-wrote his #1 hit song, "Old Flame."

Mac McAnally Is A Member Of