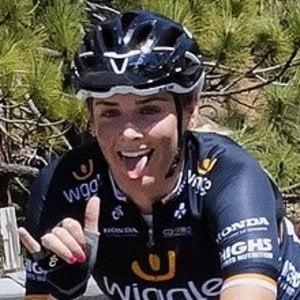 Australian cyclist who signed with the Wiggle High5 in 2018. She won a gold medal in the points race at the 2015 Oceania Track Championships, and finished in second in the team pursuit.

She broke through at the 2014 UCI Juniors Track World Championships. She won two gold medals.

She finished in third place at the 2017 ITS Melbourne - Hisense Grand Prix in the omnium. At the 2014 UCI Road World Championships, she won the junior time trial while competing in Ponferrada.

Her mother's name is Andrea. Following her father's death, she took 2016-2017 off from cycling.

She and Katie Archibald have cycled as teammates for Wiggle High5 Pro Cycling.

Macey Stewart Is A Member Of