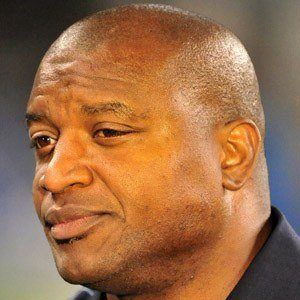 Former NFL Pro Bowl fullback who played for the Seattle Seahawks from 1993 until 2007.

He lettered in three sports in high school: football, track, and basketball.

He had one of his most outstanding years in 2005, when he earned an All-Pro selection.

He held the Seahawks record for longest playoff rushing touchdown until it was broken by Marshawn Lynch in 2011.

Mack Strong Is A Member Of