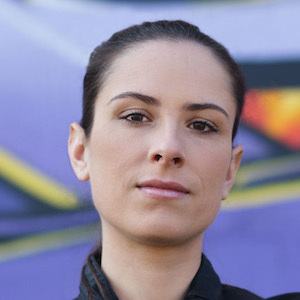 Painter and visual artist who is known for posting a variety of abstract street art pieces and different street fonts to her over 150,000 followers on Instagram. She is known for her outdoor mural work as well as her in studio creations.

She first began posting pictures of her work to Instagram in August of 2013.

Her work has been featured in a variety of art publications including Graffiti Art Magazine and Moka Magazine. She also released her own book of murals entitled Mural XXL.

She posted a picture of Keith Haring's Absolute Vodka drawing from Stockholm.

MadC Is A Member Of