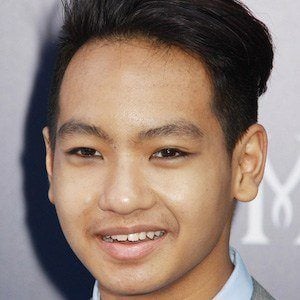 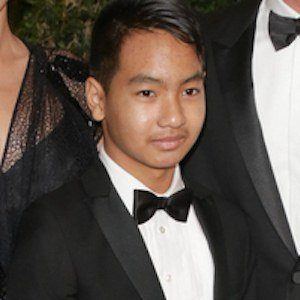 Eldest son of Brad Pitt and Angelina Jolie and the namesake of the Maddox Jolie-Pitt Foundation. Following in his mother's footsteps, he got his first executive producer credit on the film First They Killed My Father in 2017.

Born Rath Vibol, he was adopted in 2002, when he was seven-months-old, not long after Jolie had spent time in Cambodia filming for Tomb Raider.

It was announced in 2015 that he was helping his mother on a Netflix movie about the Khmer Rouge, based on a novel by Loung Ung.

He has five younger siblings, Zahara, Shiloh, Pax, Knox, and Vivienne, two of whom were also adopted from foreign countries.

He had the opportunity to meet Queen Elizabeth II in 2014.

Maddox Jolie-Pitt Is A Member Of