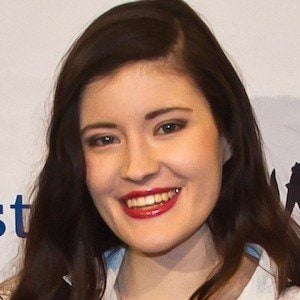 Madeline Obrigewitsch, otherwise known by her stage name Madeline Juno, is a German pop singer who first rose to fame posting songs to her self-titled YouTube channel. By 2013, she had released her debut studio album The Unknown.

At the age of six, her mother began teaching her to play the piano. By twelve, she had started playing the guitar and writing her own songs and by fourteen she was posting them to YouTube.

She was one of eight acts to compete in the Unser Song für Dänemark, the German national final to become the representative at the 2014 Eurovision Song Contest.

Descendant from a musical family, her father is a drummer and her mother is a pianist.

Madeline Juno Is A Member Of