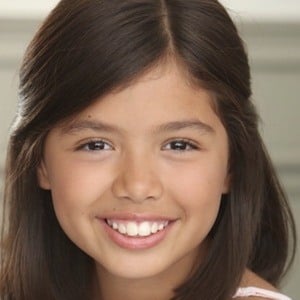 Film actress who rose to fame after being cast as the young version of the titular character in Dora and the Lost City of Gold. She was one of the first actresses to portray the character in a live-action adaptation of Nickelodeon's popular children's series Dora the Explorer.

She booked her first commercial acting work at the age of three.

She was cast in the short films Clouds and Bernice prior to being cast as Young Dora.

Both she and Isabela Moner portrayed Dora in Dora and the Lost City of Gold.

Madelyn Miranda Is A Member Of