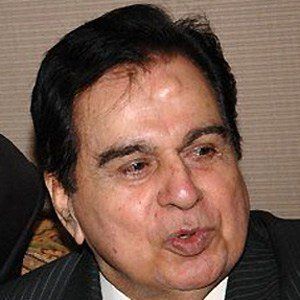 As one of Bollywood's greatest actors, he starred in over sixty films over six decades. He received the first Filmfare Award for Best Actor in 1954 for his role as Shankar in the film Daag.

He started out running a cafeteria, where he was spotted in the early 1940s by actress Devika Rani.

He appeared in films opposite renowned actress Vyjayanthimala so often that rumors surfaced that they were romantically linked.

He won his second Filmfare Award for Best Actor after starring alongside Meena Kumari in the 1955 film Azaad.

Dilip Kumar Is A Member Of