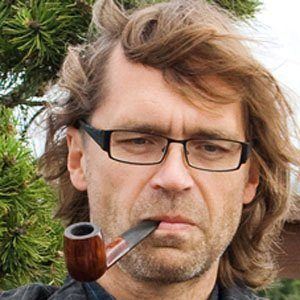 Estonian architect whose career began to take off in the early 2000s. Prominent member of the Union of Estonian Architects.

He studied architecture at the State Art Institute of the Estonian SSR and graduated in 1989. He was employed by Estonian Rural Design, the state planning bureau, from 1989 until 1990.

His most notable works included his office building on Tartu Road, the Kamikaze pub in Mustamae, and the bus station and market hall in Rakvere.

He was born into a prominent family in Tallinn, Estonia.

He and Frank Lloyd Wright both impacted architecture in their respective countries and generations.

Madis Eek Is A Member Of