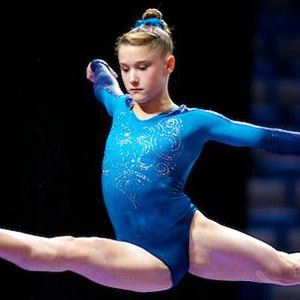 She practices at Great American Gymnastics Express in Missouri.

When's she's not hitting the gym, she enjoys working in mathematics.

Her parents are named Jay and Mary Desch and she has two siblings.

She aspires to compete in the World Championships like U.S. gymnast Shawn Johnson.

Madison Desch Is A Member Of