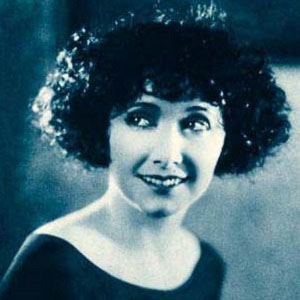 Remembered for her roles in over a dozen Laurel and Hardy comedy films (including Their First Mistake and Chickens Come Home), Busch is also known for her work in such 1920s silent films as The Devil's Pass Key and The Unholy Three.

The daughter of Vaudeville entertainers Frederick Busch and Elizabeth Lay, she spent her childhood touring New Zealand, the United States, and her native Australia.

At the height of her acting career, she received the nickname of the "versatile vamp."

Her first marriage -- to film and television actor Francis McDonald -- lasted from 1915 until 1922. Following a brief marriage to John Earl Cassell (1926-1929), she married Thomas C. Tate, who remained her husband until her death from cancer in 1946.

She starred in a 1927, Hal Roach-directed film titled Love 'em and Weep.

Mae Busch Is A Member Of