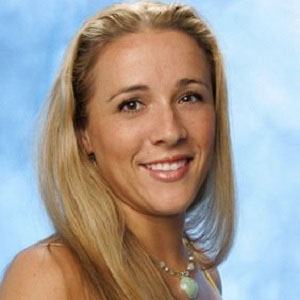 Las Vegas woman who was crowned the winner of the sixth season of the American edition of the reality show Big Brother in 2005. She was partnered with Eric Littmann on this season, also known as The Summer of Secrets.

She earned her Bachelor of Nursing from the University of Massachusetts Boston before becoming an RN at Summerlin Hospital.

She was a member of the six-person alliance known as The Friendship during her time on Big Brother.

She got married and gave birth to twins after the show.

She competed against Janelle Pierzina, who later appeared on seasons seven and fourteen of Big Brother.

Maggie Ausburn Is A Member Of