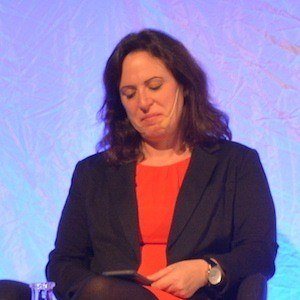 Journalist who became a political analyst for CNN in 2014 and The New York Times in 2015 where is a White House Correspondent.

She was hired by the New York Post in 1996 where she covered City Hall.

She was hired by Politico in 2010 as a senior reporter.

She married Dareh Ardashes Gregorian in 2003. Her parents are Clyde and Nancy Haberman.

She and Chris Jansing are both White House Correspondents.

Maggie Haberman Is A Member Of