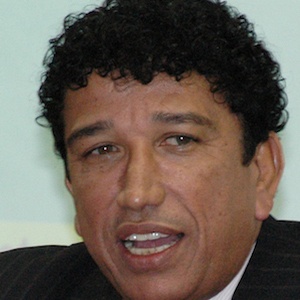 Brazilian politician who has represented Espirito Santo in the Federal Senate since 2003. He is a member of the Party of the Republic.

He was elected president of the Parliamentary Commission of Inquiry on drug trafficking, as well as chairman to the Pedophilia Commission in the Federal Senate.

He was married to the singer Lauriete Rodrigues from 2013 to 2017. He has three kids, Magna Karla, Jaysline, and Magda Malta. His parents are Ameliano Malta and Edalia Pereira de Souza.

Eduardo Amorim and Aecio Neves have also served in the Brazilian Federal Senate.

Magno Malta Is A Member Of