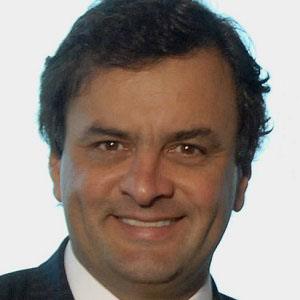 Famous for his leadership of the Brazilian Social Democracy Party, Neves held office from 2003 until 2010 as Governor of Brazil's Minas Gerais state and went on to serve in the Brazilian Federal Senate.

After studying at the Pontifical Catholic University of Minas Gerais, he entered politics as an assistant to his politician grandfather, Tancredo Neves.

For many years, he penned a column for Brazil's Folha de S.Paulo newspaper.

His father and maternal and paternal grandfathers were all prominent politicians in Brazil. His first marriage, to attorney Andrea Falcao, resulted in a daughter named Gabriel; his second marriage, to fashion model Leticia Weber, produced fraternal twins named Julia and Bernardo.

Aécio Neves Is A Member Of