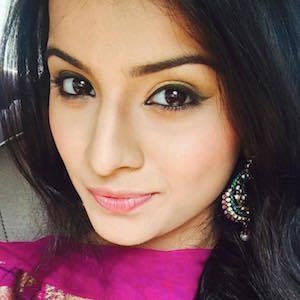 Her first major role was with Imagine TV on "Sawaare Sabke Sapne... Preeto" in 2011.

She is from Mumbai, India. She has frequently posted photos of her mother and her brother on her Instagram account.

She made her mark alongside Roopal Tyagi in Sapne Suhane Ladakpan Ke.

Mahima Makwana Is A Member Of