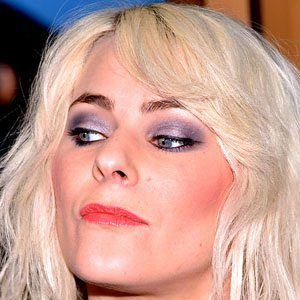 Swedish vocalist for a new wave indie rock group called The Sounds. Her band released such albums as Living in America, Crossing the Rubicon, and Something to Die For.

She was recruited to The Sounds in 1998 by band members Felix Rodriguez and Johan Bengtsson, both of whom were drawn to her unique personality and sound.

A self-described bisexual, she had a seven-year relationship with a woman that ended in 2010.

She and her band once opened for Gwen Stefani and No Doubt.

Maja Ivarsson Is A Member Of