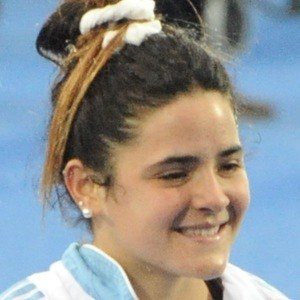 Field hockey forward who represented Argentina at the 2016 Summer Olympics in Brazil. She has competed for teams like Club Santa Bárbara, with whom she captured the IHF Hockey Champions Trophy in 2016.

She began playing field hockey when she was 4 years old.

She won the Women's Pan-American Volleyball Cup with Argentina in 2017.

She has sisters who were also field hockey players.

She was teammates with Delfina Merino at the Olympics.

Majo Granatto Is A Member Of