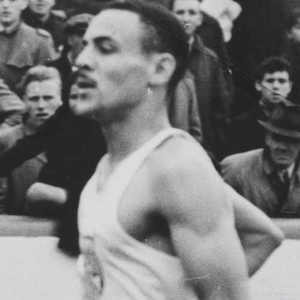 He served in the U.S. Armed Forces with the Tuskegee Airmen during World War II.

He became the first African-American athlete to win the James E. Sullivan Award as the best amateur athlete in the United States.

He was the first track and field athlete since Jesse Owens to be inducted into the Ohio State Varsity O Hall of Fame.

Mal Whitfield Is A Member Of