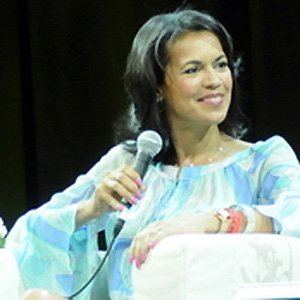 Reporter and news anchor for CNN who hosted the weekend daytime edition of CNN Newsroom. She was the first anchor nationally to break the news of the death of former president Ronald Reagan.

She filed a story from the front lines of the Persian Gulf.

She married John Glenn. Her father was Olympian Mal Whitfield.

Fredricka Whitfield Is A Member Of