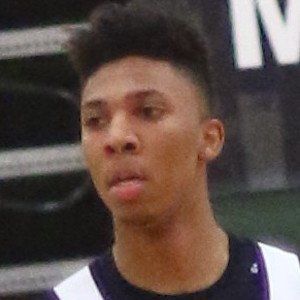 Former McDonald's All-American in 2015 who spent one year with the Syracuse Orange basketball team, leading them to the Final Four of the 2016 NCAA Tournament. He was selected 22nd overall in the 2016 NBA Draft by the Charlotte Hornets, who then traded his rights to the Sacramento Kings.

He was a three year player at Trenton Catholic Academy, spending one year at Roselle Catholic High School during his sophomore season.

During his sophomore year of high school, he would win the New Jersey State Interscholastic Athletic Association Tournament of Champions for boys basketball.

He is the son of Jacquie and Lewis Richardson.

He was coached by Jim Boeheim while a member of the Syracuse Orange basketball team.

Malachi Richardson Is A Member Of