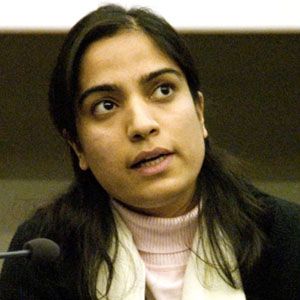 Activist and writer who served on Parliamentarian in the National Assembly of Afghanistan, until being dismissed in 2007 for calling out war criminals. She has been an adamant opponent of the Karzai administration and the US's support of him.

She was a social activist and was named Director of the Organisation of Promoting Afghan Women's Capabilities.

She was placed on Time Magazine's list of the 100 Most Influential People in the World in 2010.

She has been married, but did not reveal her husband's identity for fear of his safety.

Renowned professor Noam Chomsky wrote in the New York Times that she should have been awarded the Nobel Peace Prize in 2009.

Malalai Joya Is A Member Of