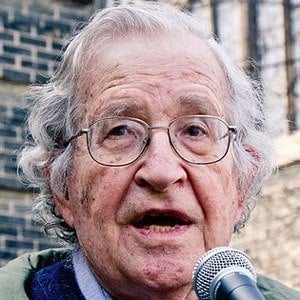 Linguist, philosopher, political activist and MIT professor who has been called the father of modern linguistics.

He wrote his first article at age ten while attending the Oak Lane Country Day School. The article's ambitious subject was the spread of fascism.

He received his B.A., M.A., and Ph.D. from the University of Pennsylvania. His 1955 dissertation was published in 1975 as the groundbreaking work "The Logical Structure of Linguistic Theory."

His father, Dr. William Chomsky, was a prominent Hebrew scholar.

An outspoken anti-war activist during the Vietnam War, he found himself on President Richard Nixon's Enemies List in the 1970s.

Noam Chomsky Is A Member Of