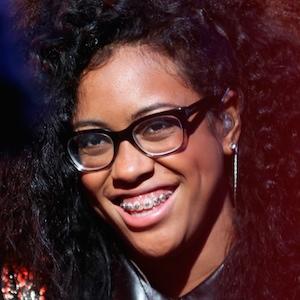 As a child, she participated in both the Michigan Opera Theatre's Children's Chorus and the Mosaic Youth Theater of Detroit.

Her digitally-released singles (covers) include "When I Was Your Man."

She was born in Michigan to a guitarist father and a Filipina nurse mother.

Malaya Watson Is A Member Of