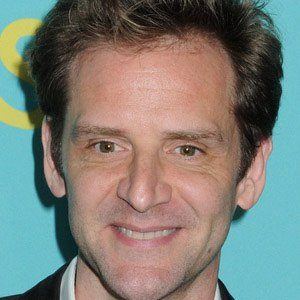 American stage and screen actor who starred as Richard Karinsky in the sitcom Caroline in the City. His Broadway credits include roles in Dreamgirls, Passion, and The Story of My Life.

As a young boy, he studied piano and took singing lessons. He made his Broadway debut in 1995 as Valere in The Moliere Comedies.

In 2003, he was nominated for a Tony award and a Drama Desk award for his performance in the Broadway musical Amour.

He was born in Illinois to English parents. He grew up with two sisters and a brother.

He appeared with Drew Barrymore and Jessica Lange in the 2009 film version of Grey Gardens.

Malcolm Gets Is A Member Of