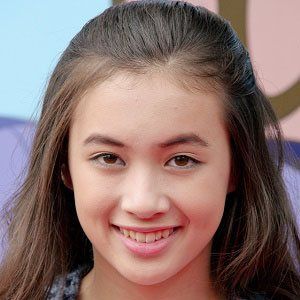 American actress and dancer best known for her role as Madeline Andrews on Granite Flats. She has been dancing professionally since she was 11.

When she was 8, she performed in a production of the King and I starring Deborah Gibson.

She provided her voice for the video game Dead Island.

She is an only child and lives with her parents in Los Angeles.

She plays the niece of actor George Newbern's character on Granite Flats.

Malia Tyler Is A Member Of