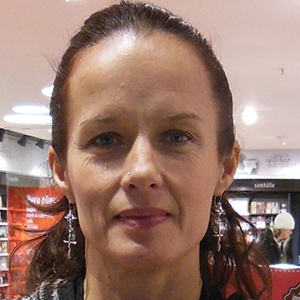 Actress who rose to fame playing Paula Svensson on the ultra-popular Swedish series Rederiet from 1994 to 2002. She is also a voice actress who has voiced such characters as Sally Carrera in the Swedish dub of Pixar's Cars (2006).

She made her acting debut in the television movie Ängslans Boningar (1987).

She is a stage actress who received the Guldmask Award, the Swedish equivalent of the Tony, in 1992.

She was married to musician Tommy Nilsson from 1993 to 2007. She has children named Christopher, Isak, Linn and Love.

She co-starred with Linus Wahlgren in Rederiet.

Malin Berghagen Is A Member Of