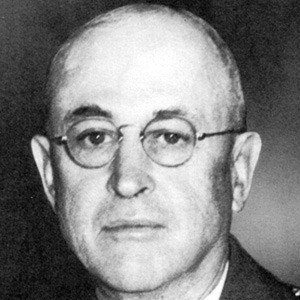 U.S. Army general who served in the Spanish American war, the Boxer Rebellion, and both World Wars.

He was commissioned as a second lieutenant after graduating from the United States Military Academy in 1898.

He served in World War I as the head of cavalry for a small American force in France.

His wife, Genevieve Woodruff, was the daughter of General Charles Woodruff.

He and Carl Stiner were both decorated American generals.

Malin Craig Is A Member Of