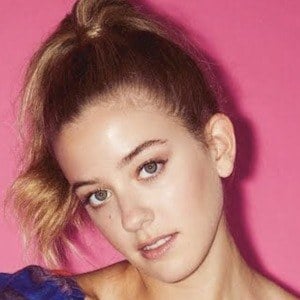 Actress who made her Broadway debut in July 2018 in the Tony Award-winning hit Dear Evan Hansen as Zoe. She began covering for the role in August 2017 and then again in January 2018 before being offered it full-time.

She graduated from high school in 2018 with high honors. She first auditioned for the role of Zoe in Dear Evan Hansen at age 15.

She deferred her acceptance to NYU's Tisch School of the Arts in 2018 to perform in Dear Evan Hansen. Her self-titled YouTube channel and her original covers of Broadway musicals helped lead to her discovery.

She covered for Laura Dreyfuss as Zoe during the original Tony-winning run of Dear Evan Hansen beginning in 2017.

Mallory Bechtel Is A Member Of