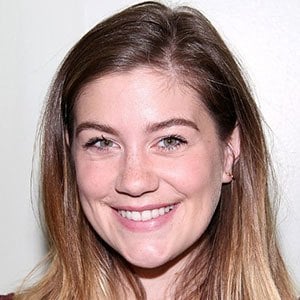 Broadway actress and cast member in the final season of Glee who portrayed Madison McCarthy on the FOX series. She has Broadway credits in Hair, Once, and Dear Evan Hansen. In 2019, she began playing the character McAfee Westbrook on the Netflix series The Politician.

Her career as a professional actress and singer began in 2010.

She was cast in a major supporting role in the 2017 film After Party. She traveled to Colombia to volunteer as a teacher for a couple of weeks.

Her mother has delivered her own grandchildren. She grew up in Bergen County, New Jersey. She is an aunt. Her boyfriend is South African.

She and Billy Lewis Jr. played twins on the final season of Glee.

Laura Dreyfuss Is A Member Of